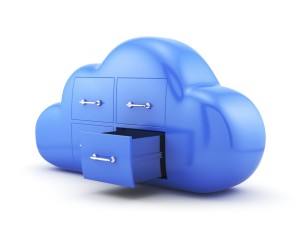 I also mentioned Evernote, which is my go-to note-taking app (when I remember to use it) and also the reason for this post. Having been gifted a premium account when I set up one of my phones, I can now upload PDF’s (and other documents) and have them OCR’ed right then and there by Evernote. This is a useful feature, as you are then able to search through all kinds of documents quickly. When you are trying to go paperless, like me, this is a very useful feature.
Note: the link for going paperless is just one of many links that I could have put there. Lifehacker, for instance, has a lot on this as well and Google has even more.

However, and here is the big catch: I never really got around to start using it as my go-to app to keep my important documents in. When I started scanning all my documents, I was looking for a (free) DMS that could aid me. Having first fiddled around with LogicalDOC (Community Edition) for some time, I migrated to OpenKM (Community) eventually, due to the fact that, at that time, OpenKM had more regular releases and supported more features (such as OCR capabilities).

This works pretty well for me, but it means that I have an app that I need to maintain myself (as I am hosting it on my own server) and the OCR-capabilities, which I mentioned earlier, do not really work easily out-of-the-box in Linux (read: Ubuntu 14.04, which I am running on my server when writing this). So, I am basically missing out on the biggest feature which I could be using. Another issue is that the search is not really working to my liking, so I don’t always find what I am looking for.

Making the switch to Evernote, however, is not as simple as it seems. One of my biggest gripes, and pretty much the sole reason why I have not switched yet, is that Evernote does not do nested notebooks, and never will. Instead, Evernote has stacks, which only goes one level deep. For instance: in my current setup, I have: Ben\Company\Salary\Year or Ben\Company\Lease\Year which is not possible to do in Evernote. In Evernote, I would have Ben\Company and then use tags to distinguish between the type of document. As I am writing about it, I realize that it is not a really big issue, but I probably just need to get my mind around the switch.

Another thing that I might need to do is to clean up my Evernote. I currently have 41 notebooks and 93 tags, with no real structure to speak off… I also have 216 notes, and the best thing would be to go back, remove all tags and notebooks and just start from scratch, but wow, that is something I just do not feel like doing at the moment 🙂

So, for now, am I am contemplating whether I want to put all my personal documents and administration into Evernote, and how to best organize my notebooks, notes and tags in Evernote. I will probably come back to this in a later post.

One thought on “To cloud or not to cloud?”